Image via DeviantArt.com by llu258

With the NBA Season at the halfway point, let’s look at which teams are true championship contenders.

Now that the NBA season has reached the halfway point, it’s time to evaluate the teams. As CouchGM likes to do, we’ll first look back at recent history to establish our baseline for comparison. In our NBA Draft 101 piece, we established the most important characteristics of championship teams: offensive rating, defensive rating, three-point shooting percentage, and three-pointers made. We also concluded that good offense is more important than good defense. Here we've added Net Rating and updated that comparison with the addition of the 2020 NBA Champion Los Angeles Lakers in the table below.

What immediately jumps out to me is that the 2020 Lakers are the outliers of recent history. 7 of the last 8 champions ranked in the top-12 for 3PM (made threes), in top-7 in the league for 3FG% (three-point shooting percentage), and in the top-5 for ORTG. The Lakers are the 1 out of the last 8 that did not meet those criteria, and they ranked significantly lower than everyone else. But 2020 was an outlier year, anyway, due to the COVID-19 pandemic. And the 2020 Lakers did have LeBron James and Anthony Davis, which can make up for a lot.

So in conclusion, I see two ways to build a champion: 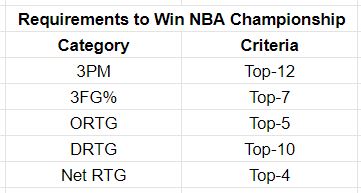 Next, all 30 teams were ranked in those categories, and the rankings were weighted and combined into an overall “Championship Score,” which is CouchGM’s ranking of teams most likely to win the NBA championship. Here are the top-10 teams in Championship Score. 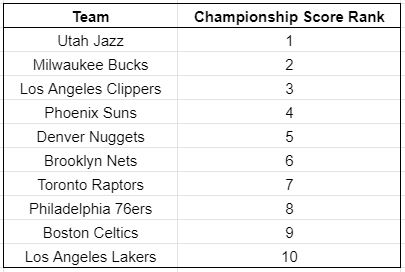 As of the all-star break, these 10 are also FiveThirtyEight’s top-10 teams in chance of winning the championship, although in a different order.

In the following charts, the top-10 teams in Championship Score are labelled. Stats are updated from NBA.com as of the All-Star break on 3/7/2021. 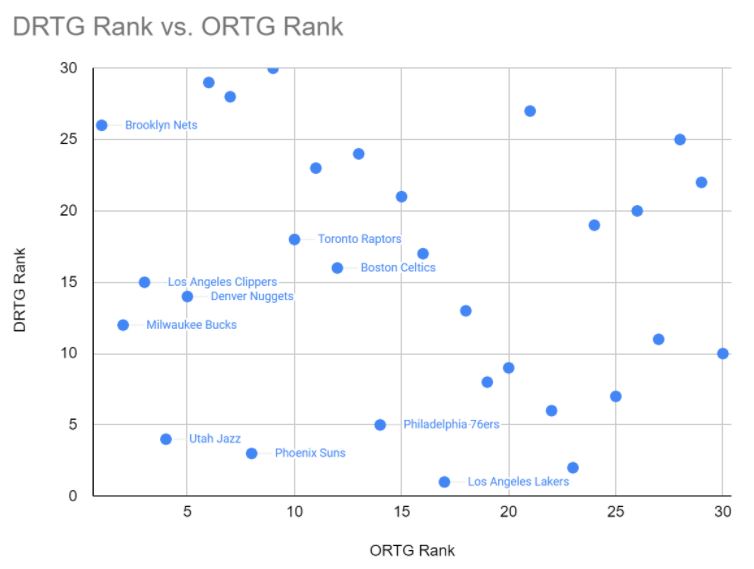 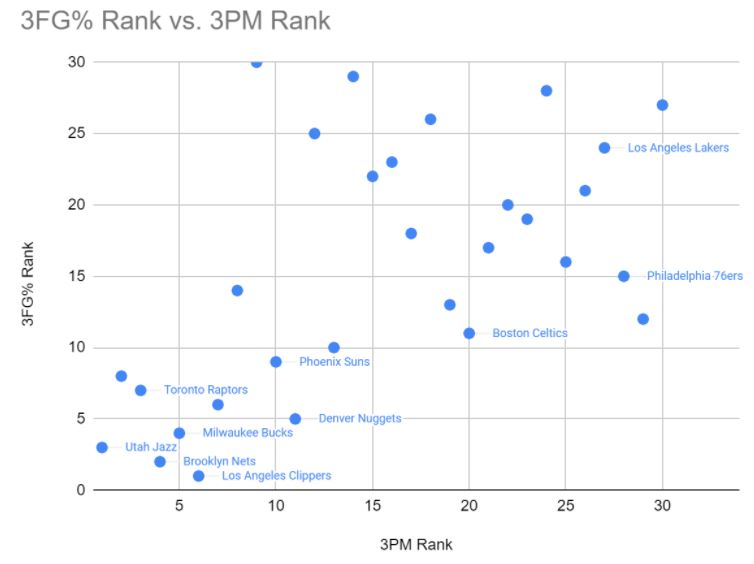 Even given the Lakers’ weakness in shooting, I’m not convinced that the Raptors (7th in Championship Score) have a better chance at winning the Finals than the Lakers (10th). The Lakers still have the GOAT (LINK) and Anthony Davis, and their rotation has been in disarray with absences by Davis, Schroder, Gasol, and others. They actually rate remarkably similarly this year to last year:

A little worse on offense and a little better on defense. Full-strength they are better than they’ve looked so far, which was still good enough for the #3 spot in the west at the halfway point. And they still have elite defense plus LeBron.

With that in mind, I’d further reduce the top-10 to a top-7 as follows:

The Jazz, who are the only team to rate in the top-5 in each of the 5 categories (and the only team to meet all 5 criteria), look like the best team so far. The Nuggets, Clippers, and Bucks all meet 4 out of 5 criteria (the exception being defense). The Suns meet 3 and narrowly miss the other 2. The Nets also meet 3, with the major problem being defense. If the defense was even average, they’d probably be top-5 in NetRTG. And as stated above, I think the Lakers are better than they've shown.

The 2021 NBA Champion will be one of the Jazz, Bucks, Clippers, Suns, Nuggets, Nets, and Lakers. Guaranteed. 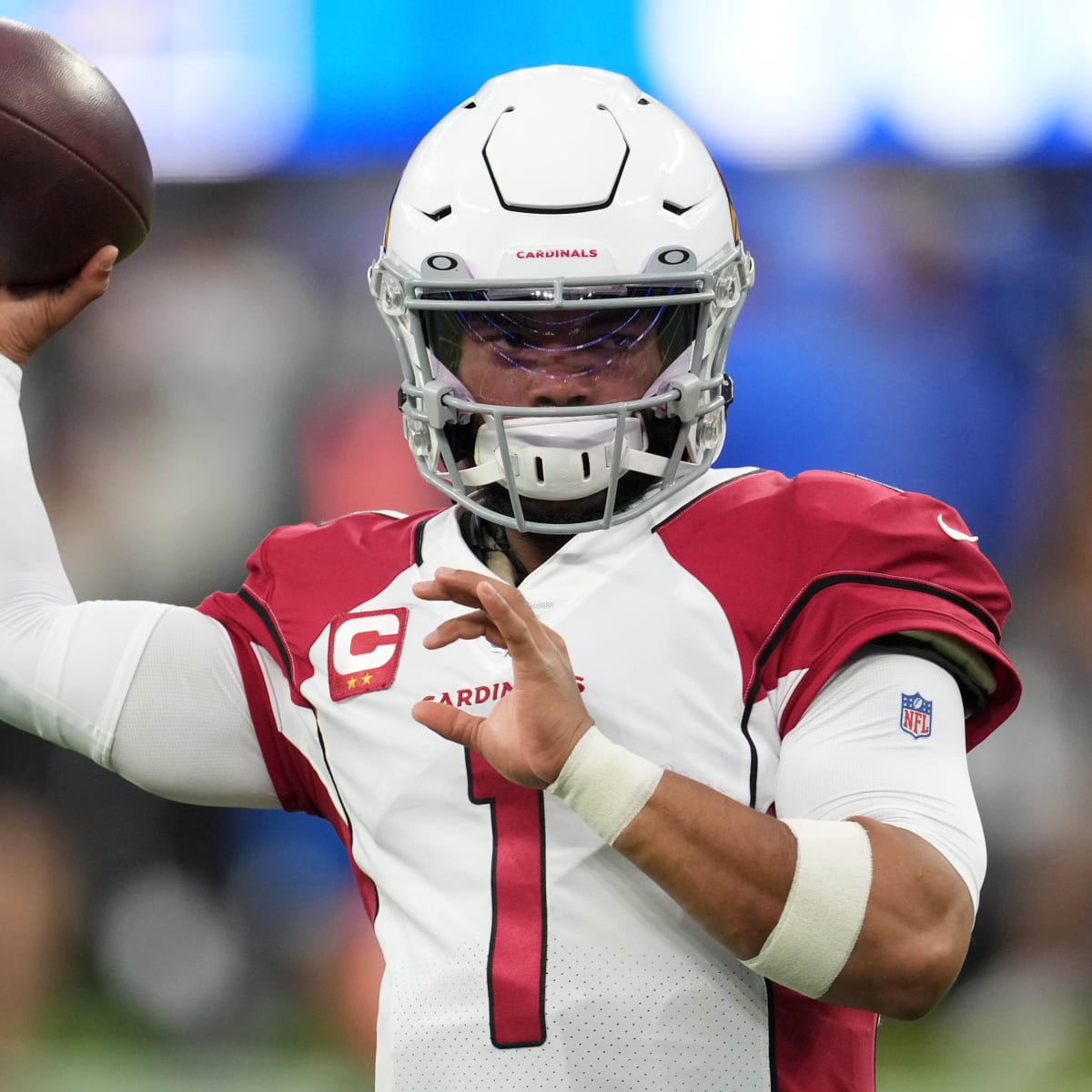