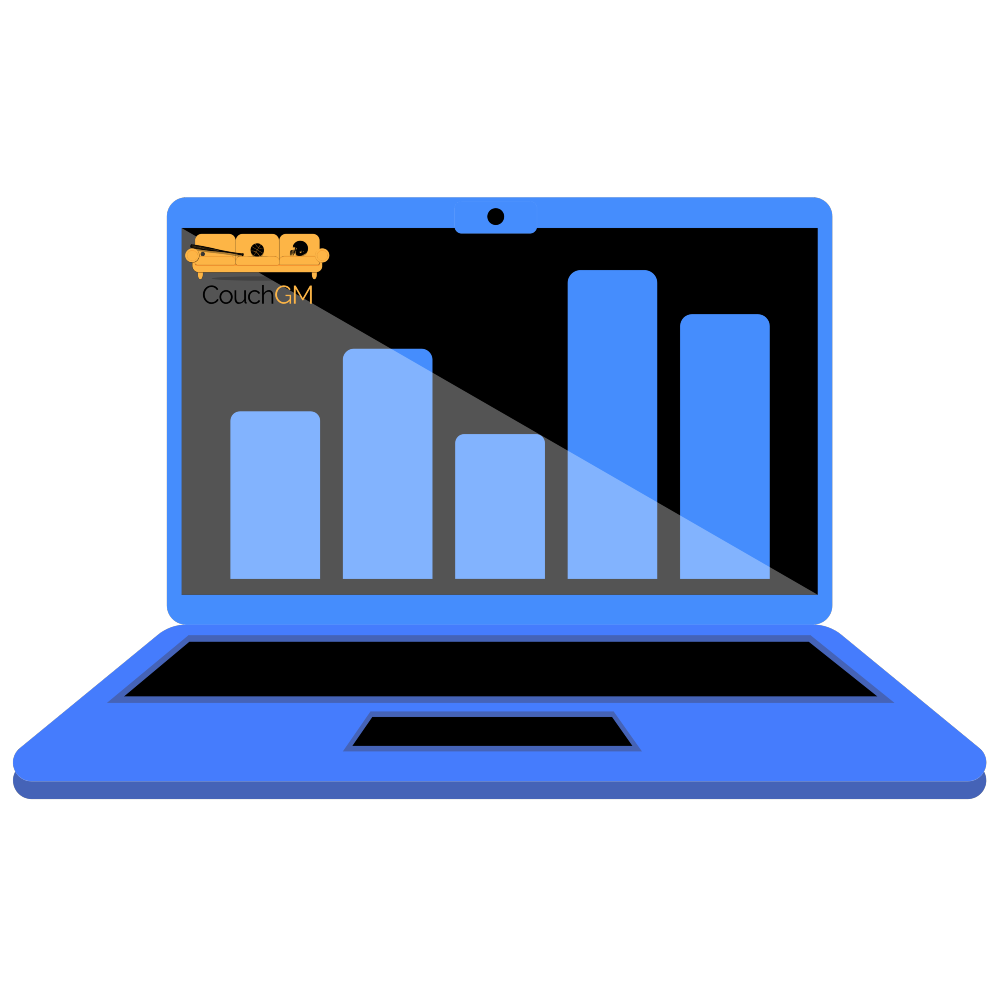 All of our championship predictors work in basically the same way, which is described in general below.

My philosophy was simple: find out what a championship-winning team looks like statistically, or in other words, identify the statistical criteria required for winning a championship, and then develop a system to rate each team in the league against those criteria. My goal is to determine which team most closely resembles a championship winner with simple calculations that could be done easily in excel.

Given that objective, let’s take as an example the NBA predictor. I needed to identify the stats that would inform the model. I started with offensive and defensive ratings (estimates of points scored and points allowed per 100 possessions, respectively) and net rating (net points per 100 possessions). Offensive and defensive ratings have become popular in the NBA because they put all teams on a level playing field and tell which offenses or defenses are most efficient. Points per game could be inflated by playing faster (play fast = more possessions = more opportunities to score) or deflated by playing slower. The same idea could be applied to football, where a team that leans more heavily to running plays might have more time-consuming drives and therefore fewer drives in a game. So we use offensive or defensive efficiency ratings rather than raw points scored or allowed per game.

So to identify the criteria required to win a championship, I looked at the league-wide ranking in offensive, defensive, and net ratings for the last few teams that actually won. For example, looking at the last 5 NBA Champions in terms of offensive rating, and calculating the average, you get this table below.

So over the last 5 years, the average NBA champion had an offensive rating rank of 5.4, so you could say that your criteria for winning a championship is a top-5 offense. You could carry out that same activity for each stat you want to include. And that’s exactly what I did! I chose a handful of stats and calculated the average of the last few champions’s rankings in those stats. If the average ranking was high (like top-10 or better), I would consider using that stat in the model. If it was low (lower than top-10), I would not consider including it in the model because it’s unlikely to actually be important.

After developing the rating system, I also wanted the ability to predict a team’s record. So I charted each team’s end-of-season Championship Score against their actual winning percentage and, for the 2020-2021 NBA season as an example below, fit the data to an equation. 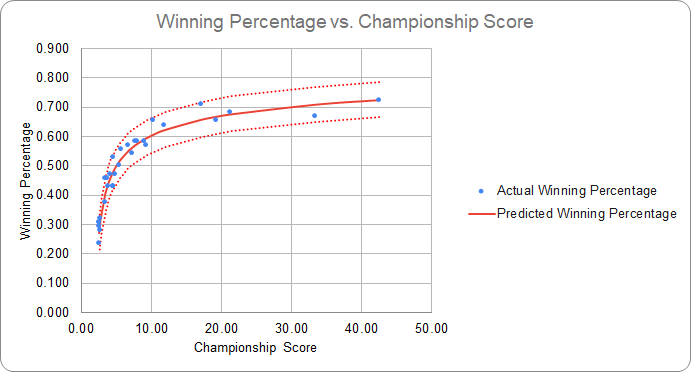 Now there’s a simple method for rating each team and predicting their winning percentage from just simple calculations in excel, no simulation or programming required.

Data for every season beginning in 2012 inform the overall record prediction models, with data from each additional season added when available. Beginning in 2023, a rolling 10-year window will be used.

The same approach was applied to the MLB World Series, NFL Super Bowl, WNBA Finals, and March Madness / NCAA Men’s Basketball Tournament. Each model is informed by an offensive, defensive, and net “efficiency” (defined in sport-specific ways) and two additional sport-specific stats. In the future we’d like to do the same for NCAA Women’s Basketball, NCAA Football, and possibly more. These are in various stages of development and data acquisition. 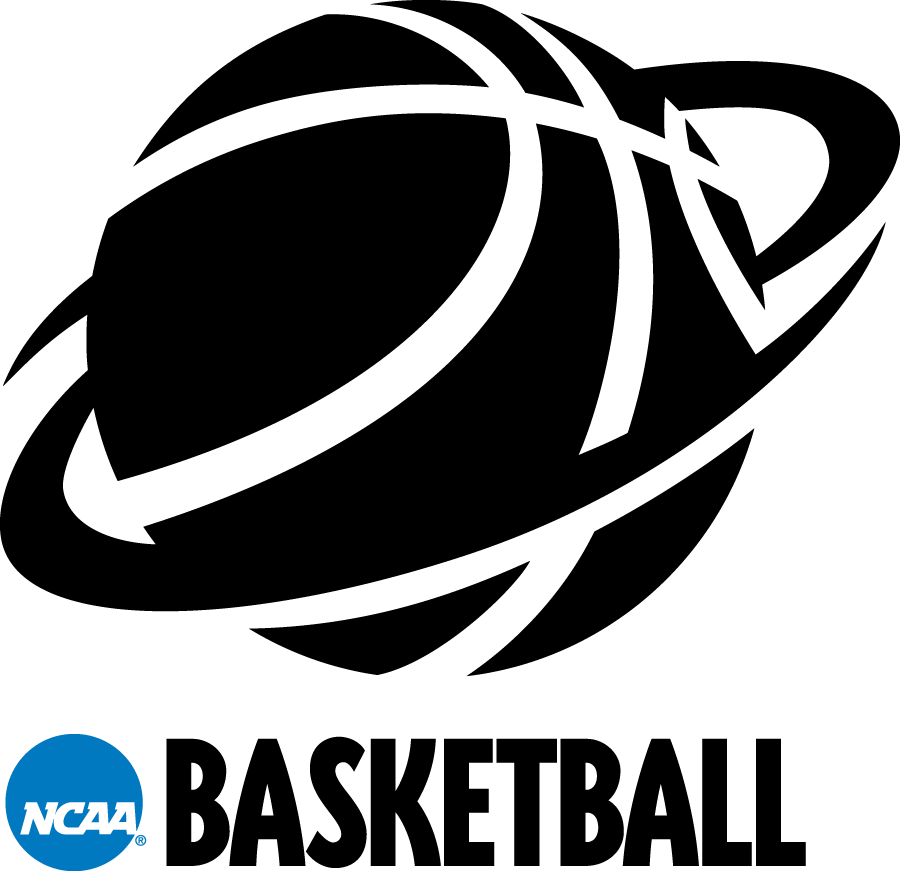 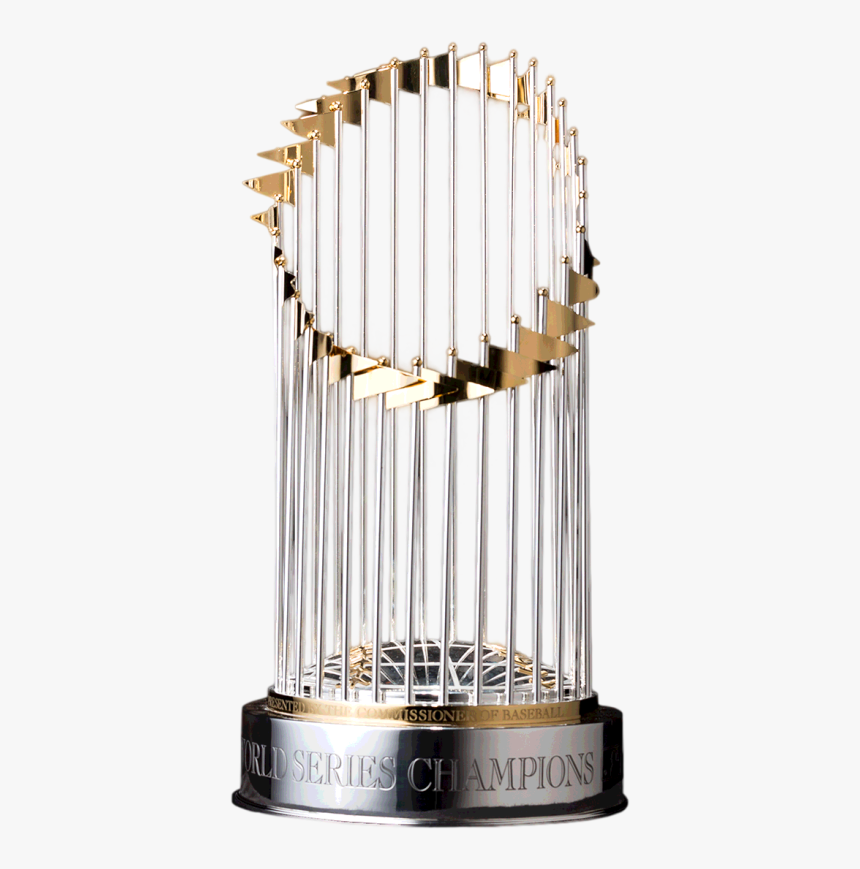