Before the power rankings, let’s briefly check-in on a few of the trade deadline moves and how the players and teams have fared.

In 5 games, Domantas Sabonis has averaged 20.4 points (18.9 in Indiana), 12.0 rebounds (12.1), and 5.4 assists (5.0) while shooting 59.7% (58.0). That’s a really solid, All-Star line. Exactly what Sacramento expected. While I’m a huge Haliburton fan, I give Sacramento, who has consistently below average over the last 15 years, credit for taking a shot and acquiring a legitimate All-Star player. Sacramento is only 2-3 in those 5 games, though. So did it really make a difference?

On the other end of the same deal, Tyrese Haliburton has been excellent in 4 games with Indiana. He has averaged 20.8 points (vs 14.3 with Sacramento), 11.0 assists (vs 7.4), and 4.3 rebounds (vs 3.9) while shooting 48.3% overall (vs 45.7) and 45.2% from three (vs 41.3) on 7.8 attempts per game (vs 4.9). That’s a legitimate All-Star line, too, especially in the eastern conference. Haliburton will be the biggest beneficiary of this trade. He was ready to move into a featured role after being second-fiddle to De’Aaron Fox, and I expect that he’ll thrive in it. He and Myles Turner are a solid foundation to rebuild the team around.

Buddy Hield has also so far been better in Indiana than Sacramento, averaging 20 points (vs 14.4), 5 assists (likely will come back down, as he only has averaged 2.4 per game for his career and 1.9 this season with Sacramento), and 6.0 rebound (vs 4.0).

A really hot 5 games from CJ McCollum: 28.4 points, 5.4 assists, 6.0 rebounds on 51.4/42.5/76.5 shooting splits (all of which would be career highs over a full season). New Orleans is currently tied with San Antonio for 11th and 1.5 games behind Portland for 10th, the last play-in spot. Per Tankathon, Portland has the easiest remaining schedule and New Orleans has the 7th hardest. It’ll be tough, but Portland is depleted with injuries (and after shipping out McCollum), so if CJ can continue his hot play maybe there’s still a chance. If only Zion could play…

Boston entered the All-Star break as one of the hottest teams in the league. Their big addition was Derrick White, who is coming off the bench after starting in San Antonio. His numbers are a little down vs San Antonio, but he’s providing slightly less on offense but more on defense than the Celtics were getting from Schroder. So call it a wash. Boston is 4-1 in White’s 5 games, with the only loss a head-scratcher to the Pistons (though it came on the second night of a back-to-back). Boston is only in 6th but now has the best net rating in the eastern conference. Expect them to rise.

The main change is DiVincenzo out and Serge Ibaka in. Milwaukee was trying to replace Brook Lopez and get bigger for the looming potential Finals rematch with the Suns, who got bigger with the additions of McGee and Biyombo. I didn’t think this trade would move the needle, though, since Ibaka hasn’t been the same shot-blocking presence in years and didn’t give much to LAC the last two seasons. In 3 games so far, he’s playing 26 minutes, up by nearly 10 minutes per game than with the Clippers, but providing only 6 points and 6 rebounds, basically the same as with the Clippers, with a PER of only 7.6 (average is 15). So he’s another big body, but not much more.

Utah overtakes Phoenix for the #1 spot in the power rankings, a position the Suns have held since January 14. Over the last three weeks, the Jazz are the #1 offense, the #2 defense, the #1 net rating, and top-5 in offensive and defensive effective field goal percentage. Donovan Mitchell’s return has jump-started the offense (30+ points in three of the last 5, 25 made threes in the last 6 games) and helped Utah rebound from a really rough January.

Phoenix losing Chris Paul for basically the rest of the regular season could be a big problem, though it will be mitigated some by the Aaron Holiday acquisition. Obviously he’s no CP3, but he’s played really well in 4 games (14/18 FG, 6/8 3FG, 13 AST vs 5 TO). CP3’s absence will also be a big opportunity to see how much Devin Booker has grown and test whether he can lead a championship-worthy team on his own. Phoenix fortunately has the 10th-easiest remaining schedule, while Golden State and Utah have the 5th and 6th hardest, respectively.

Chicago (and Miami) have started to separate themselves in the East, with a now 3-game lead over Philadelphia and Milwaukee. Shout out again to DeMar DeRozan, who extended his streak of 35+ points and 50% shooting to 8 games. 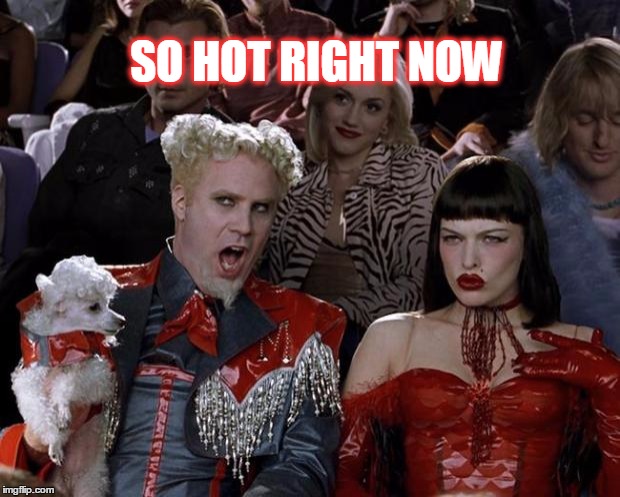 Nikola Jokic is also really hot right now, averaging 26 points, 14 rebounds, and 8 assists in February, willing Denver to a top-6 seed and hot on Dallas and Utah’s heels. Denver is 11-3 in the last 14 games.

The return that Dallas received for Kristaps Porzingis seems kind of weak, but they’ve been really hot over the last month and Porzingis hasn’t even been playing. They’re 7-3 in the last 10 games, all games that Porzingis either missed or left early due to injury. Doncic is on a particularly hot streak, scoring 45+ in three of the last four.

New Orleans is only 1-4 in the last 5 thanks to a brutal schedule, playing 4 playoff teams and San Antonio, who is tied with New Orleans in chasing Portland for the last play-in spot. But New Orleans has the #6 offense in the last 3 weeks and the #12 net rating. They are playing much better basketball lately and the 1-10 start to the season seems like a distant memory.

James Harden makes his Philadelphia debut tonight at Minnesota. He should create plenty of open threes for Danny Green (37.6% 3FG), Georges Niang (39.7%), and Tyrese Maxey (39.0%). Philadelphia’s offense, 14th over the whole season but only 21st over the last three weeks, should improve and threaten for a top-10 spot before the end of the season.

Indiana has the second-easiest remaining schedule, so expect to see new acquisitions Haliburton and Hield continue to look good and end the season on a high note. Though not too high, as they hope to also get a high draft pick. In Haliburton and Turner, the Pacers have two solid building blocks and the PG and C spots locked in. They have another solid complementary piece in rookie wing Chris Duarte. What they could use is a combo 3/4 and another go-to scorer. I’d suggest targeting Iowa’s Keegan Murray in the draft. Indiana’s pick is currently #5 and Tankathon currently projects Murray to go #8, but I personally would rate Murray higher than both Duke prospects (AJ Griffin and Paolo Banchero) projected to go in the top-5. He’s scoring 23 points per game on 56% shooting overall and 37% from three (4.6 attempts per game) to go along with 8 rebounds, 2 blocks and 1 steal. A Haliburton-Duarte-Hield-Murray-Turner starting 5 is a pretty good foundation.